Check out this video produced by Harvard University. It is an amazing shot at trying to convey how complex a cell is. What you see is just a simplification of the actual inner workings because, in reality, the elements within the cell are all packed together in a way that would make visualization impossible; and yet the video shows an amazing complexity.

Now imagine trying to model a cell. Traditional mathematical tools, such as differential equations, would seem impracticable, and yet researchers, with an engineering background, try to do just that. They choose a specific level, frame a problem and try to model it within some constrains.

In the case of neurons, it would seem highly unlikely that all the complexity is there to produce spiking trains that can be reduced to some kind of equations. Maybe this is too extreme as a metaphor, but it would be like modeling human speech with math!

Some scientists argue that the enormous complexity of the cell is there for lots of other reasons, such as reproduction and metabolism, and that the actual computation that a neuron performs is "quite" simple and can be expressed in mathematical terms. I do not subscribe to this theory.

As another example, take a look at the metabolic pathway of a cell (Credits). Again, it is highly complex and frankly impossible to "understand" holistically.

Traditional engineering attacks a problem by framing it, breaking it down to simpler sub-problems and then connecting all the building blocks together. It can be done since these problems are "separable", given the initial top-down framing, which is not the case for biology; but even so, the blueprint for the new Airbus plane or the source code for a computer program is something that defies holistic understanding.

There is a limit to what can be understood in terms of the cognitive tools available today, even with the help of computers. Do we need to go beyond traditional understanding?

These questions apply to the Net as well, that is why I am interested. 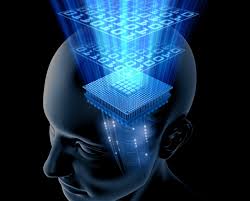 In a paper by Kozma, I found an interesting citation from The Computer and the Brain, the book that John Von Neumann was writing when he died: It is only 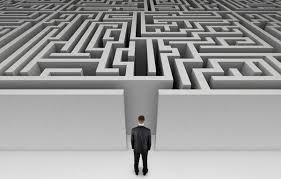 Today I took sometime off to read a classical paper from Weaver: Science and Complexity. The paper was published in 1948, many years before computers were first available at Universities,