Understanding the brain means being able to replicate some of its functions. A one page description, or a hundred pages will not do.

Current technologies, that allow us to emulate the brain, are all based in a way or another on Turing's work. Modern processors are different from Turing machines, although based on the same principles.

Theoretically, Turing machines can compute anything which is computable, a bit of recursion here :-) but what this implies is that mathematical models can be computed at the desired level of precision. In practice some models are only theoretically solvable with traditional architectures, because the computing power needed tends to infinity.

Now the point is: do brains use the same principles used by Turing machines? The answer is no, as demonstrated by the first 50 years of artificial intelligence.

Then one should ask: can we simulate brains using hardware based on the principles of Turing machines? Or should we develop a new kind of technology? Sure we can get some insights from traditional massively parallel architectures, but, probably, the real breakthrough will come from new non-Turing architectures.

Daniel Dennet used to believe that the brain was based on Turing-like principles. He has now changed his mind, but still thinks that, eventually, Turing architectures can simulate a brain. Here's an interesting video: the first part is about brains vs. computers.

Summarizing, neurons are more complex than any model implemented so far. Neurons should be thought as free agents with their own agenda. Their collective work produces a brain. In traditional AI, instead, neurons are thought as passive components of a top-down architecture.

I have always thought of neurons as free agents. Listening to a traditionalist philosopher reason about this hypothesis is refreshing, although the problem is that mathematics or traditional computer science cannot help much with this view. There are very few examples of bottom-up architectures and most of them achieve similar results in a less efficient way, when compared to equivalent top-down ones.

We are still lacking principles that would allow us to look at free agents and use them in a meaningful way.

Last week I was in Sardinia at the annual Capo Caccia Cognitive Neuromorphic Engineering Workshop organized by the University of Zurich. This was my third time at the workshop, so 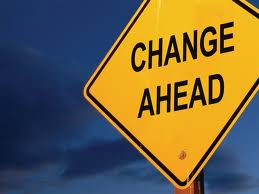 It is finally becoming mainstream. Economists are slowly appreciating the fact that the current technological progress is so fast and runs so deep into the fabric of our world that